MIC Food | A Father’s Dream: Lessons from a Family Business
When Alfredo Lardizabal Sr. started MIC Food in 1987, it wasn’t long before his children’s interest in the business peaked, and what started as Alfredo’s passion grew into a passion for his family as well. Around this time of the year, MIC Food reflects on Father’s Day and what that means for the company.
plantain, yuca, tio jorge, big banana, platano, father's day, honduras
20868
post-template-default,single,single-post,postid-20868,single-format-standard,ajax_fade,page_not_loaded,,hide_top_bar_on_mobile_header,qode-theme-ver-14.1,qode-theme-bridge,disabled_footer_bottom,wpb-js-composer js-comp-ver-5.4.7,vc_responsive

A Father’s Dream: Lessons from a Family Business 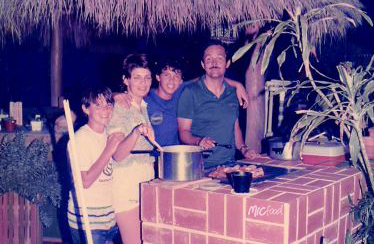 17 Jun A Father’s Dream: Lessons from a Family Business

Posted at 16:02h in All Posts by Paola Roldan

What’s it like to go into business with your dad? To build a company from the ground up and do it as a family? These are things that we at MIC Food reflect on around this time of the year. With Father’s Day just around the corner, we acknowledge and appreciate being a family business more than ever.

When Alfredo Lardizabal Sr. started MIC Food in 1987, it wasn’t long before his children’s interest in the business peaked, and what started as Alfredo’s passion grew into a passion for his family as well. Around this time of the year, MIC Food reflects on Father’s Day and what that means for the company.

“I remember him always talking to my Mom about his business in the car and then seeing him actually going and executing those ideas.” says Paola, the youngest of Alfredo Sr.’s children. “It was always so important to him to have a business that his kids & future grandchildren could one day be owners of and could call theirs.”

From the time they were all children, Alfredo Sr.’s dream was to bring the plantain – a staple in his Latin culture – to the mainstream dinner plate. 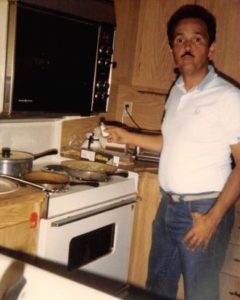 “I remember sitting around one night after dinner, we were all eating banana splits. And he said that one day he envisioned people eating Big Banana® splits” says Maria, one of his twin daughters. Little did he know that Big Banana® would one day be one of the tropical food industry’s most recognizable and trusted brands.

Nevertheless, creating a lasting brand wasn’t Alfredo Sr.’s only concern. “My father was all about creating new products and new jobs, but his primary goal was to create a family business.” says Cirabel. From the very beginning, Alfredo Sr. ultimately wanted to create something, something with quality that his six children would one day want to be a part of. “It was his dream that we would join him one day – and we did,” reminisces Isabel, Alfredo Sr.’s other twin and MIC Food’s official first employee. “We saw how much he believed in the vision and it led us to believe in it as well.”

“Most of us gave up secure pay after finishing school to join him.” says Alfredo Jr., “33 years later, looking at how much we’ve grown, we’re glad we did.”

According to the siblings, people are always amazed to hear that he convinced all six of his children to work with him, and that they do it in peace and harmony. “We see each other all week and still spend weekends together as well!” says Maria. 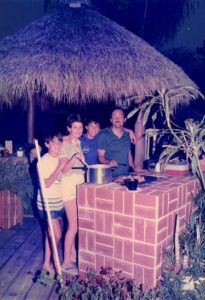 When reminiscing on their father and the early days of the business, there was a common theme among the siblings. All of them said repeatedly how much his emphasis on quality and work ethic shone through his competitors. “He used to say, Do it 100% or don’t do it at all.”

“There were so many times when I asked him questions, and I would sit and watch in awe when he answered passionately and with the intent to teach me something new.” says Juan Lardizabal, Alfredo Sr.’s youngest son. “I was amazed by how wise and forward-thinking his responses always were.”

“He had big dreams for himself, and for his family.” says Paola. “Looking back now, it makes me so grateful knowing how proud he is knowing that it will get passed down to my kids and to the future generations and be a reflection of his legacy that he worked so hard for.”

Today, with all his children involved in the company he started, Alfredo Sr.’s dream came true. Not only to create a lasting business that brought cultures together, but to do so as a family. 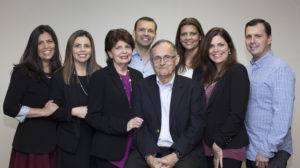