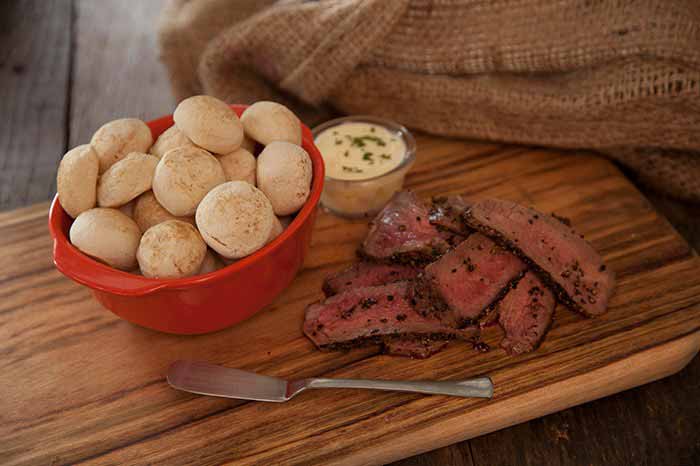 Brazil is the host to what promises to be the World Cup of the century, an event being closely followed by millions worldwide. As a result, many traveling to Brazil will have the opportunity to get a taste of the very distinct tropical Latin American flavors that make this country so famous. A Brazilian dish, like a good samba dance (or a wonderful soccer match), can be an experience replete of rhythm, passion and excitement.

With plenty of staple dishes and culinary traditions, the ever-present tropical twist in Brazilian food comes from its neighboring Caribbean nations Venezuela and Colombia. Brazil is also strongly influenced by Argentina and Uruguay to the south, both of which are world-renowned for their beef. Rodizios, or Brazilian-style steakhouses, can be found throughout the country. Here, you will find “all-you-can-eat” churrasco feasts accompanied by grilled pineapple, grilled banana and plenty of side dishes designed to satisfy the senses. With the Amazonian Forest to the north and vast farmlands to the south, Brazilian cities offer a blend of tropical juices and ingredients mixed into flavors imported from abroad. Few countries can boast soaking up diversity the way Brazil has done. Traces of Japanese, Spanish, Italian, African, Middle Eastern and Portuguese influences are evident in the eclectic flare offered in Brazilian dishes throughout the country. Here are a few recommendations from three of the largest, most popular cities of Brazil:

Rio de Janeiro. Or, simply, Rio, is the most internationally popular city in Brazil, home to the famous Samba Carnival celebrated on the Ipanema and Copacabana beaches. A popular dish here is Feijoada, a stew of black beans and a variety of meats, served with rice and kale. Churrasco also prevails in Rio, as well as South American cuts of red meats that are grilled and served with veggies and onions. For the ultimate churrasco, try the picanha variety. To accompany the meal, sip a caipirinha or two, a tasty alcoholic drink made from sugarcane rum Cachaça, lime juice and sugar. As a port city, Rio also offers fine ocean flavors. Fresh lobster, shrimp, shellfish and numerous fish may be accompanied by tostones, rice and beans.

Salvador de Bahia. One of the culinary specialties of the typical Afro-Brazilian cuisine of Bahia is acaraje, a fried shrimp pie. Churrasco is also quite popular here, as is the moqueca, a stew of many varieties cooked in a clay casserole and prepared with fish and coconut milk. Bahia is also known for its vast array of tropical drinks, all made from native tropical fruit juices and sweetened with sugar or condensed milk, like the popular shake, Vitamina. Mango, papaya, banana, dragon fruit, passion fruit and milk are the main ingredients in these wonderful concoctions. Click here for our favorite vitamina recipe.

Sao Paulo. From the largest city in Brazil with a population of more than 11 million, enjoy Virada Paulista, a meal that is full of protein and flavor. To natives, it is fuel for the whole day to feed the body and soul. This staple plate typically consists of rice, beans, kale and plantain, served with meat and perhaps fried egg. Click here for our favorite Virado à Paulista recipe. For dessert, pasteles, fried pies with different fillings such as meat, cheese, guava and condensed milk are favorites.

As we’re enjoying the World Cup games, it is the perfect time (and the best excuse) to design and prepare a traditional feast of epic proportions. So, why not add in a bit of Brazilian-inspired Latin food to spice up your table with some of these truly amazing tropical flavors and juices?